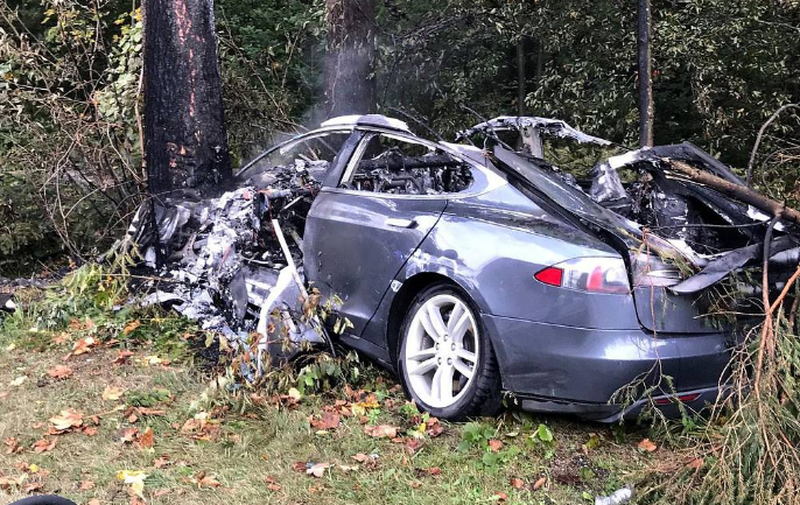 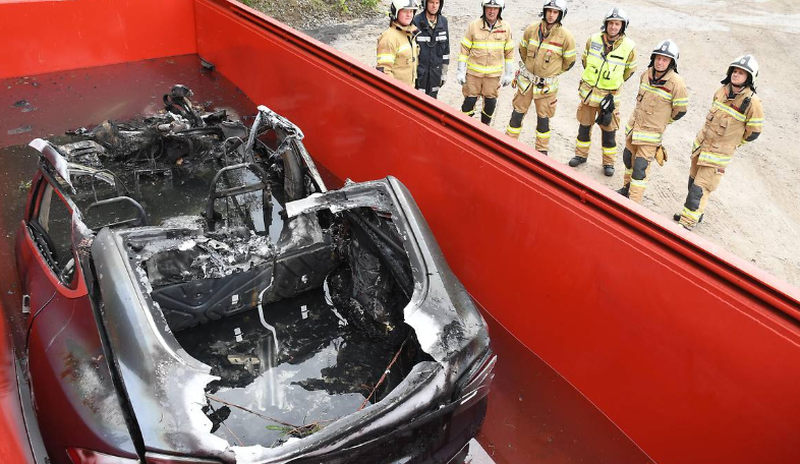 ...In order to put out the fire, the street had to be closed and fire authorities had to bring in a container user to cool the vehicle. The container held 11,000 liters (11 tons) of water and was designed to eliminate the biggest risk in an EV accident which is the battery catching fire.
The Tesla battery is mounted on the underside of the vehicle and contains acids and chemicals that can easily escape during a fire, placing the firefighters in danger.
Here is the problem: according to the article, some 11,000 liters of water are needed to finally extinguish a burning Tesla but an average fire engine only carries around 2,000 liters of water.
https://www.zerohedge.com/energy/11-tons-water-and-special-container-used-extinguish-burning-tesla-austria
Collapse